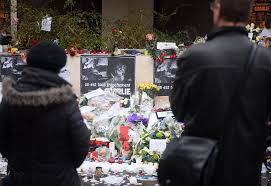 France on this week pays tribute to the Charli Hebdo victims, who lost their life in the deadly Islamic attack on the Paris based satirical magazine, Charli Hebdo. Reports say that the first anniversary ceremony will be conducted under tight security on the wake of the recent Paris carnage, which killed around one-thirty people in a similar Islamic attack. On early January 2015, the Islamic militants attacked the editorial office of the Charli Hebdo and killed several editorial staffs, who were working in the newsroom of the magazine. Later, after a three day attack, the security persons shot the militants to death. The social medias had widely discussed the issue, and several youth came forward to give solidarity to the free speech. A day after the terrible attack, the “je Suis Charlie” slogan went viral in the social media platforms. A journalist source believes that the attack on the magazine was actually intended to curtail the freedom of speech. It was not the cover page that provoked the Islamic militants, it was the way of expression that provoked the terrorists, it added. The organisers are planning to unveil commemorative plaques in the attack spots, including at the Charli Hebdo editorial office. The relatives and friends of the victims are expected to attend the ceremony, reports an international media. On January 10, the organisers will organize rallies in favour of the free speech. Meanwhile, on the same day, a public function will be conducted at the Place de la Republique.  A Paris official says that the President is most likely to preside over the public ceremony.