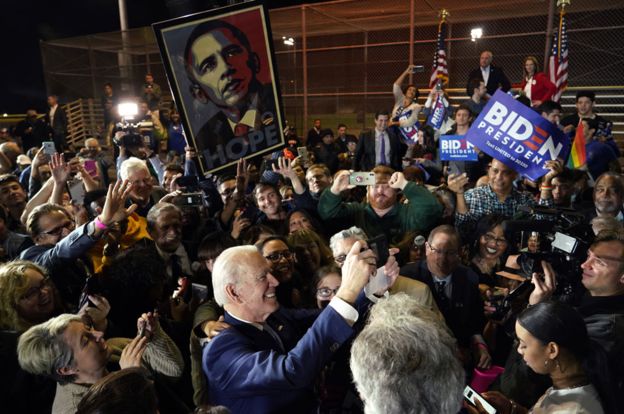 With his Super Tuesday performance, he has marked a strong comeback in the Democrat president candidate election.

The rebound of Mr. Biden has narrowed the possibility of Bernie Sanders, who is one of the frontrunners for the Democrat president candidature.

With the Super Tuesday, everything has changed in favour of Mr. Biden, who had been leading the election until US President Donald Trump’s Ukraine conversation dragged him into the middle of a controversy.

Mr. Biden enjoys the support of the elite force which supports the Democrats, unlike Mr. Sanders who is a leftist by politics.

If the things progress in this direction, it will not be difficult for Mr. Biden to ensure the Democrat president candidature.

Mr. Biden has wristed at least nine of the fourteen seats which has voted in the Super Tuesday election to select their Democrat president candidate.

Another person, whose performance was far lower than expected, was Former New York mayor Michel Bloomberg, who has spent a considerable portion of his personal earnings in the election.

The coming days are crucial for Mr. Sanders.