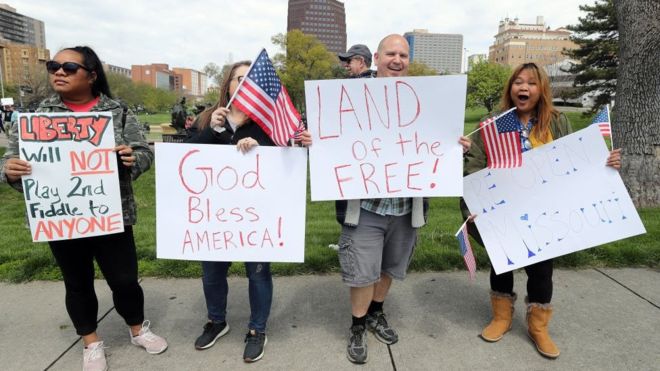 A United States of American state, Missouri, has initiated a legal action against the Asian country of China, on the ground that it was the failure of the Asian country that resulted to the spread of the coronavirus across the world.

In the petition, the state says that the Asian country failed to do much to prevent the spread of the virus.

In the petition, the state has amply highlighted the irreversible losses it has suffered due to the virus outbreak.

It is not clear what the state expects from this petition. Experts say that the petition cannot go too far as China as a foreign country enjoys the protection of sovereign impunity.

China has strongly criticised the move. It has taken a stiff stand against the provocative move initiated by a state in the US.

The state’s move has come shortly after the US expressed doubt over the China’s claim that it was not responsible for the outbreak.

It remains unclear whether the development will affect the relation between the United States and China – which is already in a strained state.