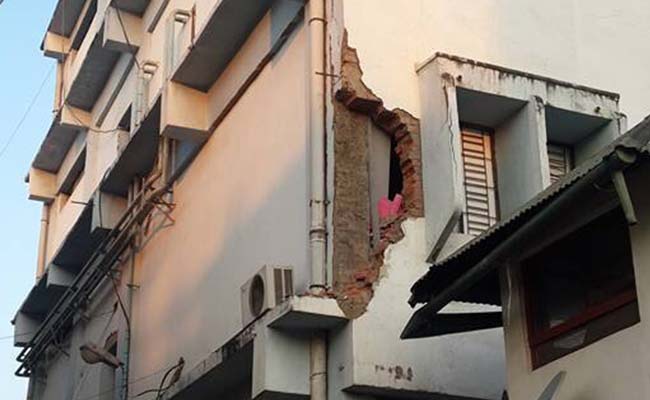 Earthquake of 6.7 richter scale hit Northeast India today, around 4:30am. In Imphal, the earthquake hit the heart of the city killing over 5, injuring more than 30 and caused severe damage to the infrastructure. Different regions in Manipur, Assam, Arunachal Pradesh, Meghalaya, Nagaland, Mizoram and Tripura, were affected by the earth tremor. Regions of Myanmar, Bhutan and Bangladesh also suffered tremors. An official from Meghalayan regional seismological centre stated that the epicentre is Tamenglong district border in Manipur, and a quake of 6.7 richter scale occurred around 4:30am. Resident fleed from their homes and electricity and telecom services went down due to the quake.

Prime Minister Narendran Modi announced via twitter that ” An NDRF team has been instructed to move from Guwahati to the areas affected by the earthquake”. He added that, “Spoke to Rajnathji (Union Home minister), who is in Assam, on the situation arising due to the earthquake & asked him to over see the situation”.

The Northeast part of India is considered as one of the earthquake prone areas in the country. Neighboring country Nepal was affected by an Earthquake last year, killing over 7000 civilians.