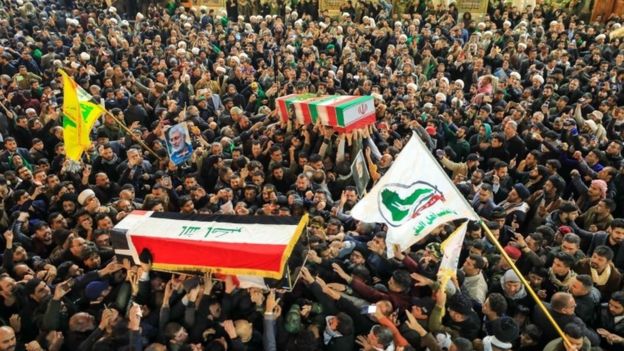 In response to the brutal killing of Iran General Qasem Soleimani, Iran has fired several ballistic missiles to the US military bases situated in Iraq.

The US has not yet responded to the provocation made by Iran.

The firing indicates Iran is not ready to come to any compromise table and has no hesitation to go to any extent to avenge the murder of its general.

The US act of killing a person with a diplomatic passport has been strongly criticised by many; even its close allies in the region have expressed their dissatisfaction.

It is said that it is the thoughtless action of the US that has brought the crisis to this point.

The instability in the region can not only bring disaster to several emerging powers in the region like Saudi Arabia and Israel, but also put the countries depend this region for their energy needs like India in a huge trouble as the instability is likely to hike the oil price in the global market.

There is an apprehension that the Iran-US crisis may escalate to the form of a new, deadly, world war.

The best thing the US can do at this moment is to stay calm. As a global leader, the US has the responsibility to work for peace.