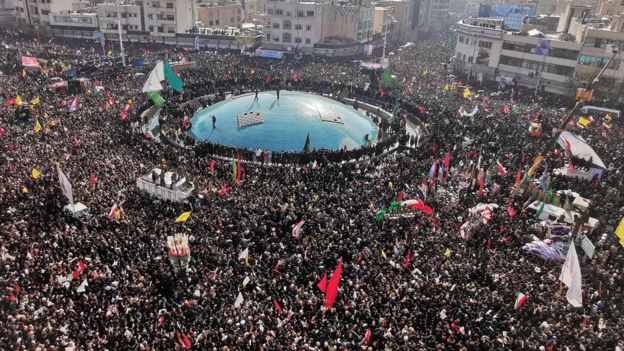 The parliament of Iraq has demanded the departure of the US force from the territory controlled by the country’s government.

The move has come days after a senior Iran military officer was killed in an attack organised by the US.

The incident has escalated the tension between Iran and the United States to a new peak. Iran has recently stepped out from the nuclear deal it reached with the west.

A considerable number of the population of Iraq sees the deceased military general as a military hero.

Had he survived he would have even gotten the opportunity to lead the Shia dominated country of Iran.

He was the leader of a force created to maintain a sound relation with all forces loyal to the Iran government.

Iran has vowed to avenge the attack made against its soldier. Meanwhile, the US has warned Iran with serious consequences.

Earlier, the US was remained by Iran that it could target several strategic locations controlled by the White House.

The US has recently reminded Iran that many strategic locations controlled by Tehran were under the radar of the White House.

Iran has a good connection with several Shia-dominated countries, like Iraq, Syria, Yemen and Lebanon.

The US’ opinion about Iran is contributed by its relation with Saudi Arabia, the head of the Sunni-dominated countries.

Iran can easily turn the situation into a deadly cultural war. It that is the case, it will be dangerous.

The US could have acted a bit more responsibly.

A large number of people has gathered in the place, where the last rites of the deceased military leader is conducted, to express their homage to their beloved leader.