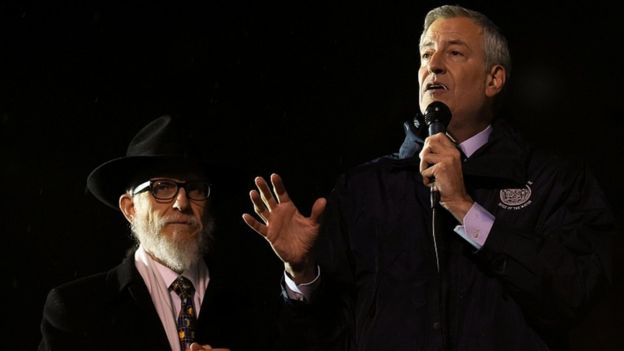 On the wake of the rising attacks against the Jewish community in New York, its mayor, Bill de Blasio has articulated certain measures to tackle the issue of anti-Semitism.

As per the new measures, the security arrangements installed near the Jewish settlements in the region will be strengthened.

Moreover, the lessons necessary to develop a feeling against anti-Semitism will be installed in the school curriculum.

Recently, at least five persons were severely injured in an anti-Semitic attack occurred in the US city of New York.

US President Donald Trump has expressed his concern over the rise in the number of attacks against the Jewish community, in the country.

The president has called for unity to fight the evil of anti-Semitism.

Likewise, several other political leaders have expressed their concerns about the rise in the number of attacks against the community in the recent past.

Many have demanded a national policy to address the crisis.