Protesters stage violent protest outside US embassy in Baghdad 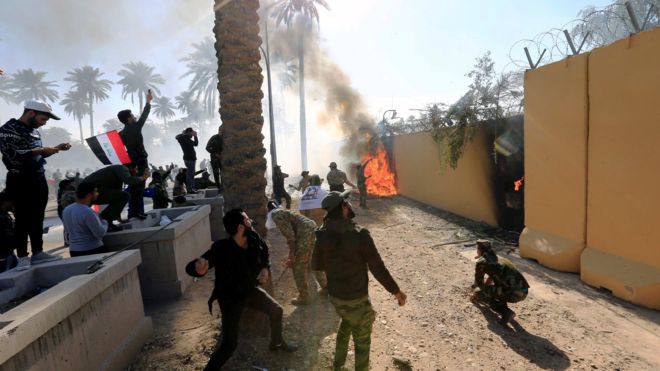 A group of protesters, unhappy with the way the US forces reacted to a recent attack by the Iran-backed militia on an Iraq military camp, has staged violent protest outside the gates of the US embassy in Baghdad.

Several Iran supporters were killed in the US attack.

The violent protest has been organised to express the group’s unhappiness with the way the US acted in the issue.

The group has even torched a watch tower located near the embassy.

Severe force has been used to disperse the group from the highly secured area in the Iraqi city of Baghdad where the US embassy stands.

The top leaders of the Iran-backed militia in Iraq have warned the United States of serious consequences.

Several Iraqi politicians have criticised the way the US has handled the issue.