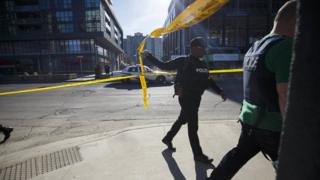 A Toronto-based teenager, who is accused of fatally stabbing a woman, has been charged with terror charges.

He has become the first Canadian person ever charged with carrying out an “incel”-inspired terror attack.

The infamous 2018 attack in Toronto, which claimed at least 10 lives, was also allegedly inspired by the condemnable ideology.

Unlike this time, that time the case was not treated as a terrorism case.

The information related to the case has been publicised a joint press conference organised by a Toronto Police and the Royal Canadian Mounted Police (RCMP).