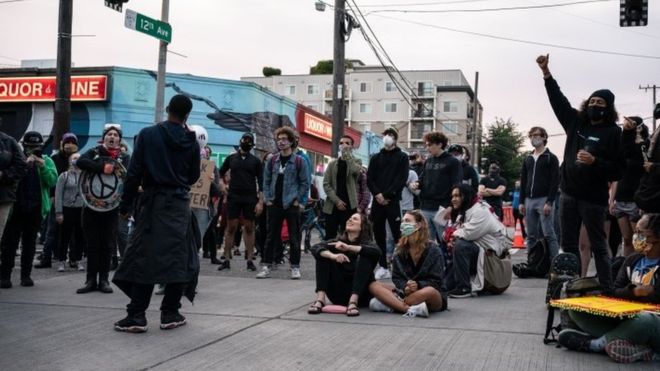 United States President Donald Trump has threatened protesters who have gathered in Seattle – who has become a police free area.

Seattle has become the epicenter of protest by now. Speeches and discussions happen in this region in a regular basis to express protest against the custodial death of an unarmed black man.

The protest in the region is largely peaceful in nature now. The violent element has considerably reduced since the withdrawal of the police form the region.

The state authority has expressed their disagreement towards the statement made by Donald Trump regarding the dispersal of the protest in the region.

Meanwhile, there are rumors that the US government is planning bring in some serious changes in the structure of the US police force. The country has decided to invest more funds to train the police force.

The death of the black man has triggered a world-wide protest. The popularity of the US government among the black community has considerably reduced due to the issue.

A serious legal action has been initiated against the white police officer who is said to have chocked the unarmed black man to death.