US House of Representatives not to return to normal soon 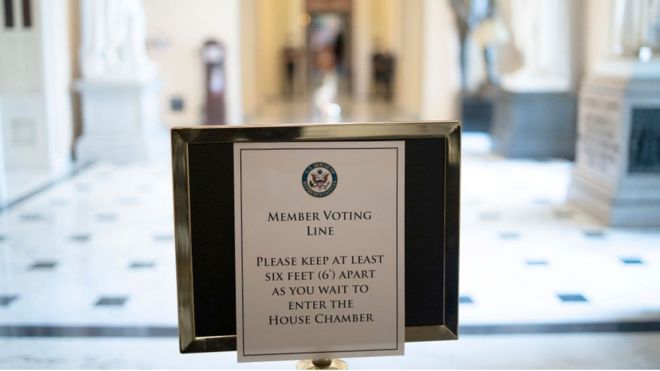 The United States House of Representatives, which is controlled by Democrats, is not likely to return to normal any time soon.

The plan to return to normal next week has been abandoned after some lawmakers contested the plan strongly.

As per a latest report, the House Doctor has warned the house against the resumption of the day-to-day operation of the house.

House majority leader Steny Hoyer is the one who has publicised the opinion of the house regarding its reopening plan.

The United States of America is one of the worst affected countries in this part of the world.

Meanwhile, the US Senate, which is one of the two houses which make the US Parliament, is scheduled to return to normal on 4th of May.

In the coming days, the US senate may also reconsider its decision to resume its operation.