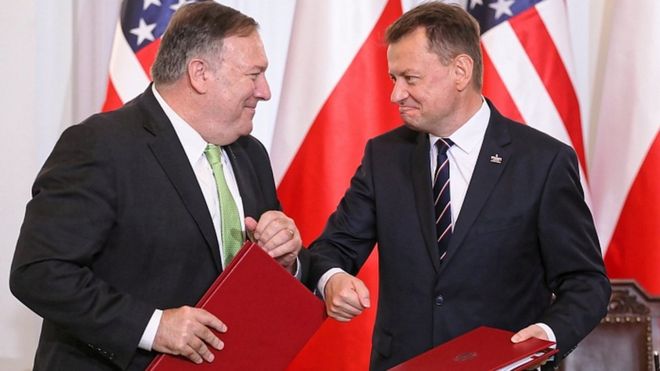 The deal has been signed by US Secretary of State Mike Pompeo, on behalf of the United States government.

The deal simply means that Poland will see more US soldiers in its soil in the coming days. It also means that it will not be easy to attack this country henceforth.

At this moment, it remains unclear whether the deal has anything to do with the latest stand of the US regarding the case of Germany.

The US’s stand on Germany has exposed the western world to a new threat posed by Russia. It is yet to be seen how will this issue evolve.

Anyway, the stand may encourage Germany to increase its military strength – which it has been forced to keep at its lowest potential as part of an agreement reached in the aftermath of the disastrous Second World War.

The new development may give a new life to the European Army concept – which is a longstanding dream of France.

If such a development is occurred, it will be determinantal to the interest of Russia as well as the United States.