US suspects involvement of Iran in Ukrainian plane crash 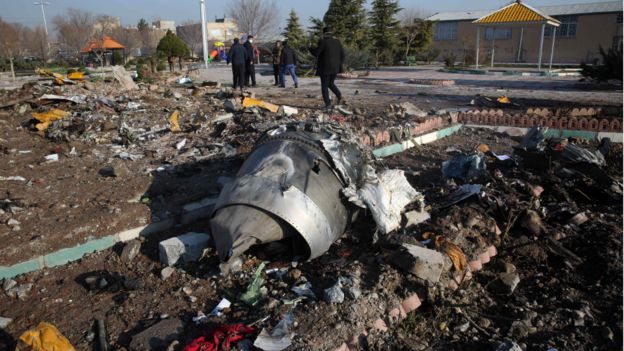 The United States has expressed its suspension over the involvement of Iran in the Ukrainian plane crash which killed around 176 people on board.

The Ukrainian government has also responded in the same language. It has requested the help of the western countries to erase the dark clouds around the incident.

Some western countries have also supported the argument that the plane was hit by a missile shot by Iran.

The majority of those killed in the incident are Iranians and Canadians. Among those killed, there are Ukrainians too.

The period in which the incident happened is what that puts Iran under the spotlight of suspicion – the incident occurred shortly after Iran had launched an missile attack against some US military bases in Iraq.

A thorough investigation is needed in this matter. It remains unclear who will investigate the matter. Iran earlier asserted that they would not hand over the black boxes of the plane to the US. In such a scenario, the investigation may be conducted by a third party in whom both Iran and the US have trust.

Only few countries have technical expertise to decode black boxes. The UK, Germany, France and the US are some of them. Neither the UK nor the US is likely to get a chance to check the black boxes recovered from the crashed plane. Either Germany or France is expected to be offered with the opportunity to do that task.