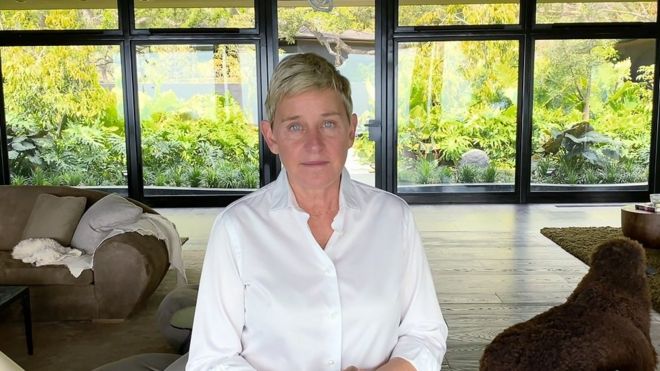 The new series of the show hosted by renowned actress-cum-show host Ellen DeGeneres has begun with a note of apology from the host.

Recently, several serious allegations were triggered regarding the work environment offered by the show organiser.

In the note of apology, she has admitted the allegations, and announced that the team carried out an investigation and the problems were weeded out.

Several significant changes have been brought in to make the work environment free from the negatives exposed in connection with the environment.

It is welcoming that the show host has taken responsibility and come up with a satisfactory explanation.

Notably, the show host has apologised to the viewers.

It is not the first time a serious allegation has been raised against a leading television show like the one hosted by Ellen.

But, other than Ellen, not many have shown courage to address their wrongs in the way this Ellen’s team has addressed.

In that sense, the precedent shown by Ellen is highly welcoming. Undoubtedly, it has set a new message to the world of entertainment.

Ellen is a very popular figure in the United States of America. Her show, The Ellen DeGeneres Show, is not only popular in the country, but also across the world.