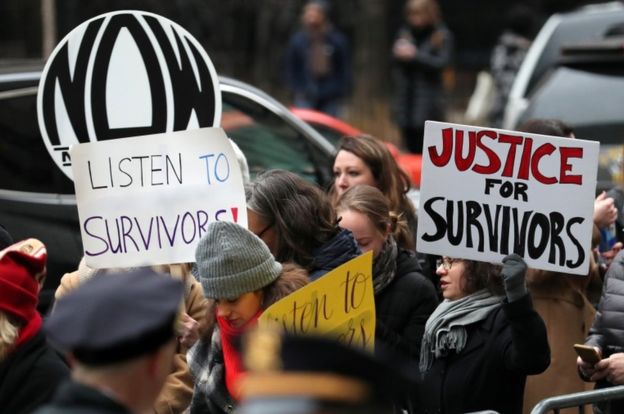 The serious charge of rape has been framed against Harvey Weinstein in a Los Angles court. If he is found guilty, he will get a serious punishment.

Mr. Weinstein is under serious pressure since the emergence of the Me Too movement. Since the launch of the Me Too and the Time UP moment aimed to encourage women to expose their sexual predators, several women – especially from the US media industry, which was once under the control of Mr Weinstein – have triggered allegations against the ex-media mogul.

Notably, the latest development has come when he has appeared before a New York court in connection with another sexual harassment case.

Recently, the ex-media tycoon initiated a talk to reach a settlement agreement with those who have accused him with the charge of sexual harassment.

At this moment, it remains unclear how many victims have agreed to cooperate with the agreement.

Though he still sticks to his first stand that all his relations were consensual, the agreement means that he is not confident that he can prove his innocence.

Notably, he once said that he was aware that his actions brought miseries to many.

Several protesters have gathered outside the court room, where he has appeared, to express their solidarity with the survivors.