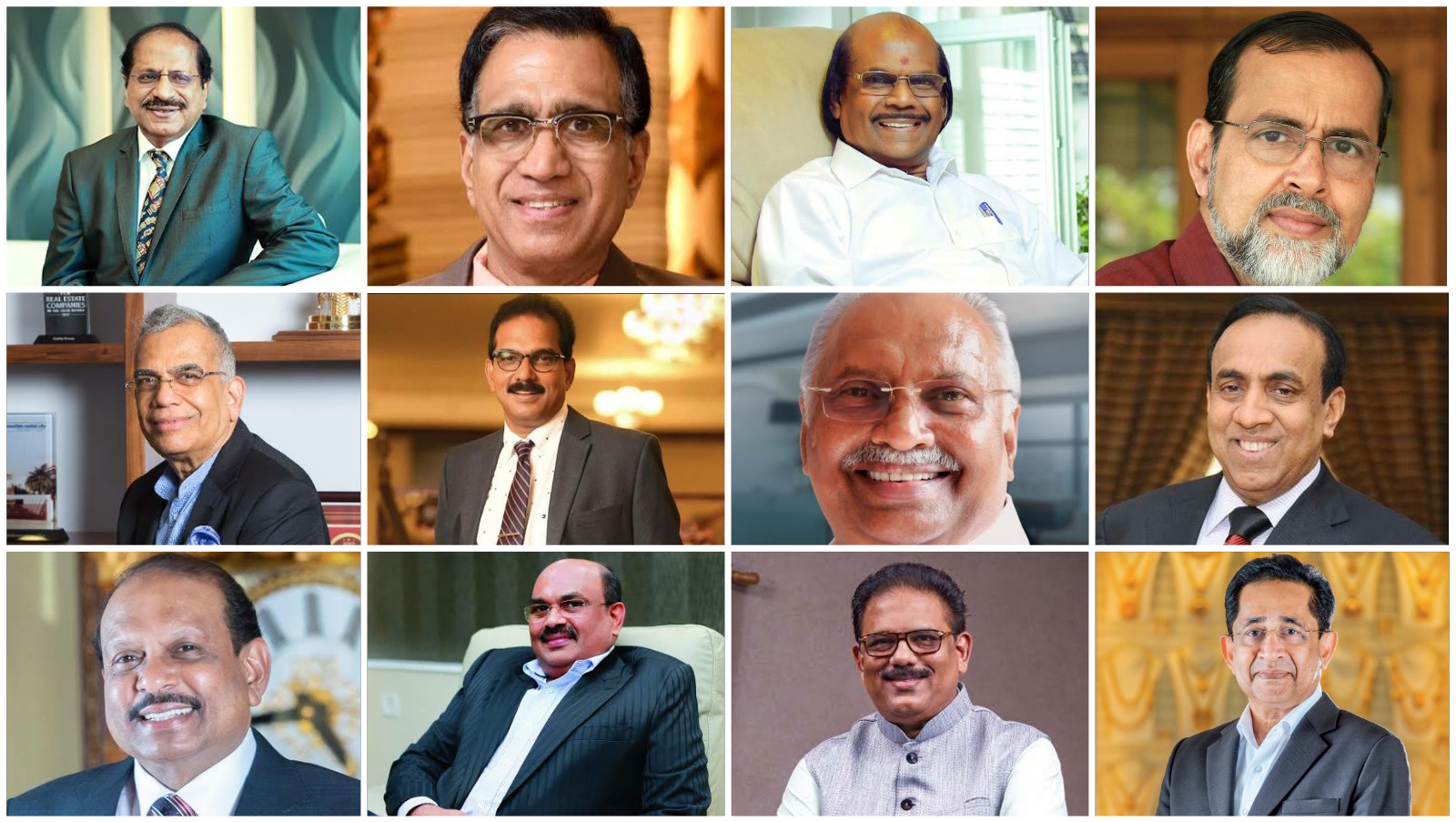 One of their prestigious awards is the MBA (Multibillionaire Business Achiever) Award. The MBA Award is a sincere endeavour by Dr Ajit Ravi Pegasus to highlight the accomplishments and contributions of the business community, which are frequently overlooked. The award is handed over to entrepreneurs with entrepreneurship and social responsibility. Especially noteworthy is that the recipient of this prize will receive participation in the esteemed “Federal International Chamber Forum.”

The Federal International Chamber Forum, according to Pegasus chairman Ajit Ravi, will be the most prosperous forum for Multibillionaire businessmen from around the world. Businessmen having an asset of 1000 crore will get an opportunity to be a part Federal International Chamber Forum each year and will also be a guild of MBA Awardees. The forum will reaffirm the significance of this Award. The forum will be extremely exclusive because it will be a group for Awardees. It will be a gathering place for these brilliant business brains and their ideas, which may then be applied for the benefit of society.

Mr. V P Nandakumar
Businessman V. P. Nandakumar is from Valapad in the Thrissur District of Kerala. He serves as Manappuram Finance Limited’s Managing Director and Chief Executive Officer. One of India’s top 20 non-banking finance organisations, Manappuram Finance Ltd. is a well-known gold loan provider. Additionally, he serves as chairman of Asirvad Microfinance, India’s fourth-largest MFI with about 5,000 crores in AUM. His perspective includes a strong emphasis on the greater good of society as well as business. In order to advance the corporate social responsibility (CSR) purpose of the Manappuram group, he founded the Manappuram Foundation at Valapad in 2009.

Mr. Joy Alukkas
Indian entrepreneur Joy Alukkas is from Kerala. He serves as the company’s chairman and managing director. Alukkas established Joy Alukkas Jewelry in 2001. The group has offices in Dubai and Thrissur, both in Kerala. Joyalukkas has 45 shops worldwide and 85 showrooms in India. Joy Alukkas also runs the Mall of Joy, a retail shopping centre, Jolly Silks, a silk clothing line, Joyalukkas Exchange, a platform for money exchange, and Joyalukkas Lifestyle Developers, a developer of real estate. A number of programs, including the Joy 4 Earth program, carry out various environmental projects, while organisations like the Blood Donor’s Forum organise donation campaigns for staff members in collaboration with top hospitals.

Mr. M.A. Yusuf Ali
Indian businessman and millionaire Yusuff Ali Musaliam Veettil Abdul Kader, also known as Yusuff Ali M. A, resides in the United Arab Emirates. He serves as the chairman and managing director of LuLu Group International, which also controls the LuLu International Shopping Mall and the global LuLu Hypermarket chain. Yusuff Ali was named first among the top 100 Indian businesspeople in the Arab World for 2018 by Forbes Middle East. Yusuff Ali is heavily involved in a variety of social, charitable, and humanitarian endeavours in both India and the Arab Gulf states. He has engaged in numerous charitable endeavours throughout the world.

Mr. TS Kalyanaraman
Indian businessman T. S. Kalyanaraman Iyer is best known for serving as the chairman and managing director of Kalyan Developers and Jewellers. The controlling entity for Kalyan Jewellers is the Kalyan Group. With a capital of $50,000, he opened his first jewellery store, Kalyan Jewellers, in Thrissur City in 1993. Later, he increased the size of the company to 32 showrooms across South India. Kalyan has contributed to CSR through programmes that fall into four key areas, including infrastructure and housing, disaster relief, health, and education. This is in keeping with its heritage of giving back to the communities in which it operates.

Mr. P. N. C. Menon
An Indian-born Omani billionaire businessman from Kerala’s Palakkad region, PNC Menon was born in Oman. He is Sobha Ltd. and Sobha LLC’s founder and chairman. He moved to Oman at the age of 26, where over the years he built his interior decoration firm into a successful enterprise. He founded Sobha Ltd. in Bangalore in 1995 and named it after his wife. The Sri Kurumba Educational & Charitable Trust was founded in 1994 by P.N.C. Menon.

Mr. Gokulam Gopalan
Gokulam Gopalan is a Kerala-born businessman, actor, and distributor who works in the entertainment industry. He owns the Sree Gokulam Group of Companies. Gokulam Chit Funds and Finance Private Limited has been in business for around fifty years. There are 460 branches of this Chennai-based enterprise, which has been around for five decades. Gokulam Group, a very promising corporate organisation, is not just in this line of work. It is involved in the hospitality industry as well as healthcare, education, logistics, food production, entertainment in the media and movies, retail, and even real estate.

Dr. Ravi Pillai
Indian billionaire businessman B. Ravi Pillai resides in Dubai. He is the RP Group’s founder and chairman. With holdings in the building, hotel, steel, cement, oil and gas industries, as well as the United Arab Emirates, Qatar, and Bahrain, Pillai has expanded his business into these nations. Through the 300-bed multispecialty Upasana Hospital and Research Centre in Kollam, he is interested in healthcare.

Mr. M. P. Ramachandran
Indian entrepreneur Moothedath Panjan Ramachandran hails from Thrissur in Kerala. He is the founder and former chairman of Jyothi Labs. He had an idea when he read that “purple-colored dyes are helping textile designers attain the most vivid colours of white.” For a year, Ramachandran conducted experiments in his kitchen, boiling, dilution, and testing until he was satisfied with the outcomes and thus it gave birth to ‘Ujala’.

Mr. Kochouseph Chittilappilly
Kochouseph Chittilappilly is the founder, chairman, and chief executive officer of V-Guard Industries and a chain of amusement parks called Wonderla. K. Chittilappilly Foundation, a non-profit organisation founded by him, engages in charitable and philanthropic activities. The Government of India awarded Chittilappilly the Rashtriya Samman prize for being one of the top taxpayers. In 2011, Chittilapilly began an organ donor chain by giving one of his kidneys to a truck driver who was a complete stranger.

Mr. Sabu. M. Jacob
Sabu M. Jacob is a businessman from Kerala, India. He oversees Kitex Garments Limited as managing director. In order to effectively contribute to the social and economic development of the Kizhakkambalam Panchayath where the company operates, he serves as the chief coordinator and mentor of Twenty20 Kizhakkambalam, a non-profit organisation. The organization’s goal was to make Kizhakkambalam the most developed village in India by the year 2020.

Dr. Viju Jacob
The managing director of Synthite Industries Pvt Ltd is Dr. Viju Jacob. Since its founding in 1972, Synthite has successfully grown by introducing a growing number of goods and services. More than 500 different product varieties are available for customers to select from at Synthite. Kerala’s retail industry saw the introduction of spice powders under the “Kitchen Treasures” brand in 2012. Under Viju’s leadership, Synthite has developed into one of Kerala’s leading business organisations.

Dr A V Anoop
With 39 years of expertise and a range of interests in offering high-quality products and services to customers worldwide, Dr. A. V. Anoop is a renowned industrialist. He is the owner of brands such as Medimix, Kaytra, Melam, and a few others. In addition to being a businessman and an artist, Dr. A.V. Anoop is a philanthropist who takes part in numerous social initiatives. His job includes promoting the benefits of Ayurveda, performing different deeds of kindness, and being actively involved in the World Malayalee Council.

By fusing their global influence with their specialisation in lobbying, standard-setting work, and global services, they all strive to advance global trade, ethical corporate practises, and a global regulatory approach. Dr Ajit Ravi dreams to spread India’s richest club Federal International Chamber Forum (FICF) worldwide and he is in the way to achieve it.