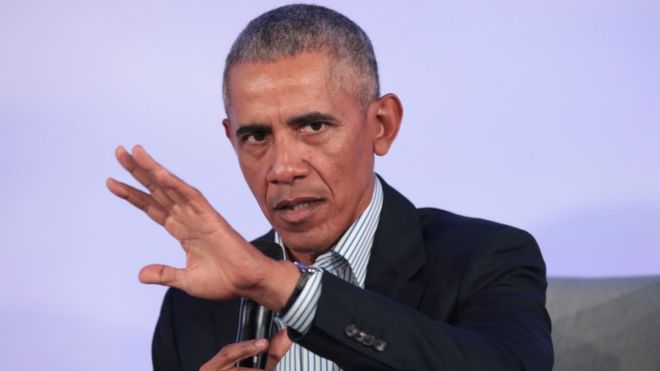 Former US President Barack Obama has strongly criticised his Republican successor, Donald Trump, over his response to the Covid-19 crisis.

It is the first time the former US Prez has come up with a criticism of this magnitude against the sitting Prez.

The action is to be viewed in the light of the election. Some interpret the statement as an attempt to boost the Democrat Presidential Candidate, Joe Biden, who is expected to take Republican leader Donald Trump in the upcoming Presidential Election in November.

The statement has been made in a private conference call in which several of his former colleagues have participated.

In the call, Mr. Obama has advised his former colleagues to work for the victory of Joe Biden.

Earlier, he extended his support to Mr. Biden shortly after Bernie Sanders had withdrawn from the race to become the Presidential Candidate of the Democrat Party.

The White House has denounced the allegation levelled against the President by the former President. It has said that Mr. Trump’s unprecedented action has saved several lives.