Trump expresses disappointment in the death of Arbery 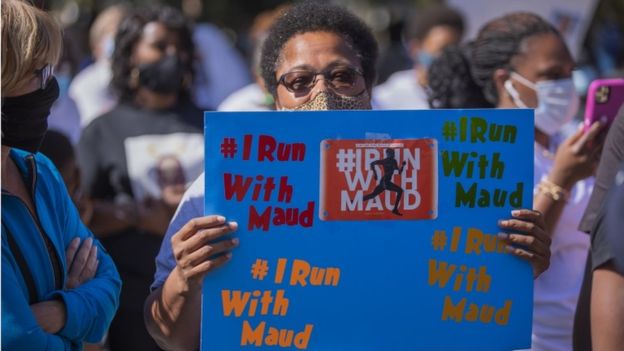 United States President Donald Trump has expressed his deep disappointment in the fatal shooting of Ahmaud Arbery in Georgia.

In his official statement he has released in connection with the act, he has called the incident as an extremely disturbing situation.

The incident happened in February. Mr Arbery was on his usual jogging when Gregory McMichael and his son, Travis, who are white, attacked him and inflected serious injuries on him, which would later lead to his death.

Though the culprits now face murder and assault charges, earlier there were allegations that the police were not ready to take any action against the culprits in the initial stage of the investigation.

The case is at present an important news in the United States – especially since the video of the death has been released.

Gregory McMichael, 64, and Travis McMichael, 34, are in the custody of the Glynn County Sheriff’s Department, as per the latest report released in connection with the incident.

Many see the latest comment of the President through a political prism. It is yet to be analysed completely whether there is any political implication to the comment made at the time the country is at the edge of a crucial election – given the fact that the Afro-American constitutes a significant part of the country’s electorate.