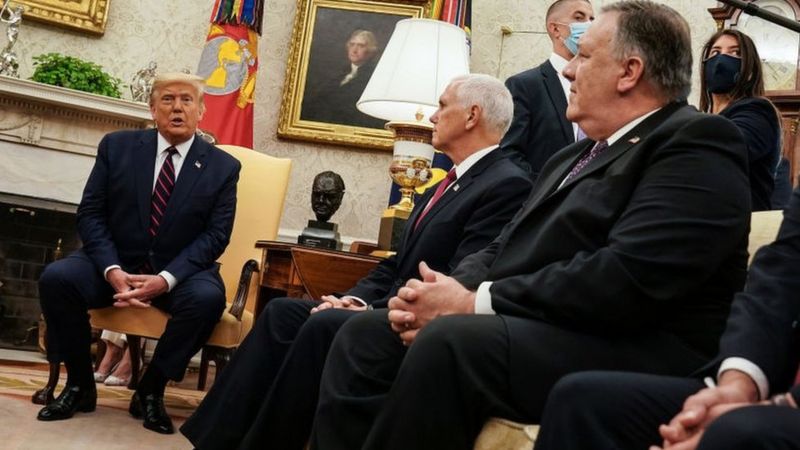 US President Donald Trump has sought the advice of his advisers about the possibility of attacking the Middle East country of Iran.

It is less possible that the US launches an attack against Iran at this juncture.

Mr. President has been advised against the idea by his colleagues. They have warned Mr. Trump of serious repercussions.

The White House has not yet responded to the news report regarding the matter.

It is said that the uranium deposit of Iran is at least 12 times higher than the mark agreed up on by the Iran’s nuclear deal with the west.

The US is no longer a party of the deal. Recently, it walked out of the deal, saying that Iran violated the deal it reached with the west.

The Iranian government has not yet responded about the issue. Earlier, it made strong statements against the United States.

Since the US walked out of the deal, Iran is not in a good relation with the western superpower.

There are reports that Mr. Trump’s move has serious political implications.

The European powers have not yet responded about the development. Germany and France, which is already unhappy with the US’s decision to walk out from the deal, is not likely to take a favourable stand towards the development.