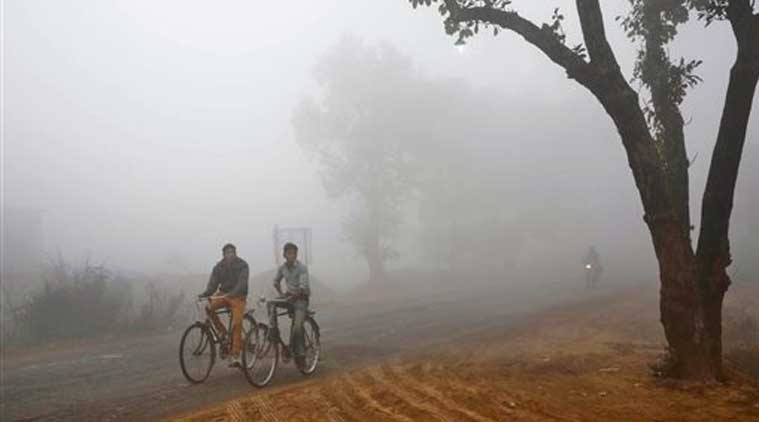 As an aftereffect of the Global Climate Change, the Temperature level of the Country’s northern region dropped several points below the forecasted or traditional level. Most of the states in the northern region marked their temperature below the freezing point. Delhi, Himachal Pradesh, Jammu and Kashmir, Punjab, and Haryana are some of the regions that are badly affected by the freezing climate. The engulfing fog had disrupted the transportation services in some states; several air, road and rail services are cancelled by the authorities due to the bad weather conditions. Delhi marked its season’s lowest temperature of four degrees Celsius. It is actually several points below the forecasted or anticipated temperature level.

According to a report from the Railway department, around thirty-five trains had been recently cancelled by the authorities.  Meanwhile, the aviation source revels that at least thirty flights were delayed by the climate change. Jammu and Kashmir’s temperature has dropped under the freezing point – particularly in regions like Kargil and Srinagar; in kargil, minus 16.4 degree Celsius; in Srinagar, minus 5.3 degree Celsius.   The forecasters announced that the state would continue to face the dry weather at least for a couple of days. The Valley’s in the Himachal Pradesh region has also experienced the chilling cold weather. Its temperature is recorded below the freezing point. Some regions, it even recorded below minus twelve. The climate change has affected the farmers of the valley, particularly the apple growers.  The local people in the region are eagerly expecting the rain.   Similarly, Haryana and Punjab felt the freezing weather in the region. The gigantic fog engulfed the several regions of the city.  The government authorities in Punjab have ordered to shut down all the educational institutions till late January.