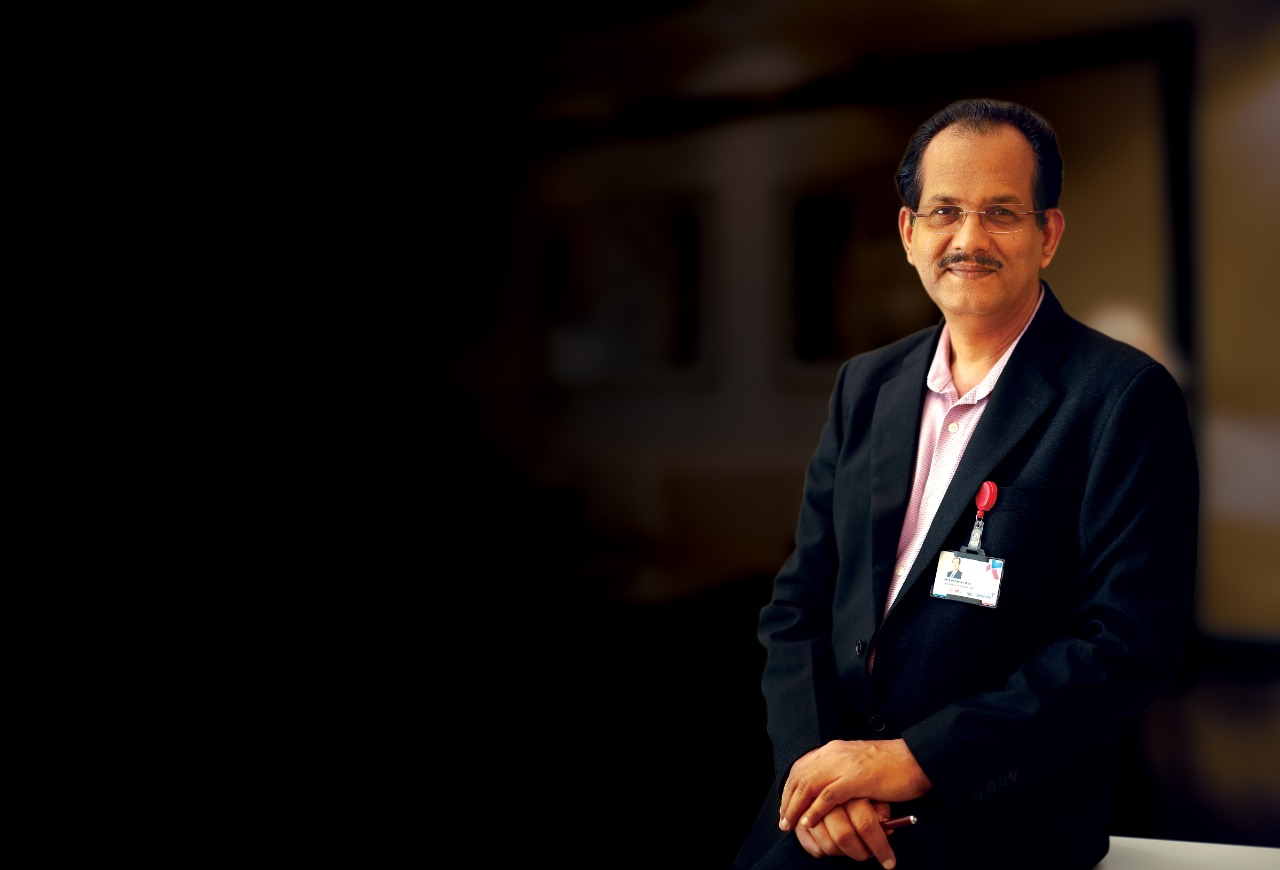 Apart from being an extra-ordinary keyhole surgeon, Dr. Padmakumar, who is one of the unique surgeons in the world performing all forms of minimally invasive surgeries, is well known for his caring and compassionate attitude. He, who has dedicated his entire life for hospitality, is not only an asset to our state of Kerala, but also a gem to the entire world. He is at a time a student, who is always eager to learn new techniques in laparoscopy; as well as a teacher who finds happiness in sharing what he has learned, to others who are eager to know about the topic.
After securing an MBBS degree from Alappuzha Medical College, his destiny was to be a part and a leader of a medical revolution. As a surgeon with around 23 years of experience, he stands with a magical method which offers a permanent solution to painful surgeries. It is important to remember that the doctor has contributed immensely in developing this surgical method and in passing what he has learned to the next generation for the benefit of the society.
It is the knowledge and experience he has gained from New Delhi AIIMS, Chennai Apollo and Mumbai Tata Memorial, and his hard work, accuracy and self-learning capability is what that makes Dr. Padmakumar one of the finest Keyhole surgeons in the world. He is a source of comfort not only to patients in Kerala, but also to patients in the GCC countries. He is the fifth person in the world and the first person in the Gulf countries and Kerala to conduct a surgery to surgically resolve the condition of diabetes under the non-obesity category. He is one of the rare doctors who has expertise in endoscopic thyroidectomy, and is the first doctor to successfully perform intestinal surgery with just two grams of haemoglobin. He is the inventor of Ileal Hybrid technology. It is a commendable achievement that he was ranked twenty-eight when the 100 most powerful Indians were selected in Gulf countries in the year 2012. The doctor has a lot of golden feathers in the crown of excellence such as Global Achievers Award 2014, Voice of Gulf Returnees Excellence Award 2016 and Icon of Laparoscopy 2018. In the year 2016, he was the National President of the Indian Hernia Society. Currently, he is the Chairman of the Association of Surgeons of India (Kerala Chapter) and National Vice President of SELSI (Society of Endoscopic and Laparoscopic Surgeons of India). Let’s hear what the apostle of simplicity and service has to say about the importance of keyhole surgery and many things related to that.
The Importance of Endoscopic Neck Surgery
Endoscopic neck surgery is one of the rare surgeries in the world. This is mostly done in thyroid cases. Nonetheless, this can be done in cases of para-thyroid, thyro-glossal cyst surgery and lymph node operation. Specifically speaking, a three-year-old Omani child with branchial cyst condition was treated with the help of keyhole surgery. Usually, this surgery is not done in children. This case is a world record. Generally, patients show disinterest to thyroid surgeries as it may leave a mark on the neck of patients. Today, using the potential of keyhole surgery, this condition can be cured without the fear of any permanent mark. The publication about Endoscopic Neck Surgery has appeared in the International Journal. A special invitation was made by the government of Dubai to perform these surgeries on their natives. What makes this method attractive is it does not make permanent mark and does not consume too much time for recovery. This surgery is of great importance in the treatment of cancer.

Small Wound, Excellent Results
Minimally invasive surgery training needs lot of dedication and hard work. Many complex surgeries which required large cuts (20 to 30 cm) in abdomen or chest can now be performed using one or two centimetre cuts. This will bring down pain very significantly and reduce hospital stay. Patient will be in a position to resume normal activities in few days. In cases of cancer, as the cuts are very smaller in laparoscopy, patient can proceed with additional treatments like chemotherapy or radiation without much delay. The need for blood transfusion is reduced to one-hundredth as we have precision, magnification by HD camera and vessel sealing by use of ultrasonic devices.

Obesity Treatment
Obesity in children is managed by Intragastric balloon placement with the help of endoscope. Women suffering from infertility due to polycystic ovarian disease also benefits very well by this procedure, if they have high levels of body fat. People with morbid obesity will require Bariatric surgery. This keyhole procedure helps them not only in fat loss or weight loss but also helps to resolve their medical conditions like Diabetes, high BP, high cholesterol, sleep disorders. The joint disease & fatty liver also improves a lot once the person loses weight. Risk of cancer especially of colon, breast, ovary – are reduced remarkably with weight loss.

Diabetes cure through surgery
It is a big deal that diabetes can be cured using laparoscopic surgery. It is an undisputed reality that there is no clear understanding about this among people. This surgery is normally prescribed to type-2 diabetes patients, and is very effective. This is called Hybrid Ileal Interposition. It has been featured in an International Journal as a surgical innovation. This treatment is now very popular around the world. I was an invitee in the first IFSO conference held in Canada in 2014. Hybrid Ileal Interposition has gained greater recognition than Robotic Surgery when it has been identified that the former consumes less time and costs less compared to the latter. If this surgery is done in a patient with diabetes type-2, he/she can taste cure within a timeframe of 24 hours itself. If one is obese or overweight and under treatment for type-2 diabetes for long time, he/she can be treated with this method – which helps to adjust the intestine position and resume insulin production. But, this type of surgery is not effective in type-1 diabetes mellitus patients in which insulin production is completely defective.

Laparoscopic Hernia Surgery
All kinds of hernias can be effectively managed by minimally invasive technique. It avoids large cuts especially on the area of hernia which is already weak. Using a one centimetre cut, the lap surgeon can place large mesh – five times the size, possible in open surgery. Mesh will be placed in the beginning portion of hernia so as to get best strength and least reaction with skin and fat. It gives excellent results as recurrence chance is only 0.1 percent and infection chance is very negligible. Patient can be active in few days’ time compared to months of rest in cases done by open techniques.

How did you get interested in Laparoscopy
The Laparoscopy was introduced in India while I was doing my post-graduation in New Delhi. It was only few years since its inception in the world. My training period gave me the opportunity to observe and compare the laparoscopy with open methods. The remarkable advantage and comfort of laparoscopy experienced by patients, generated interest in me to pursue this speciality. I have trained and developed a team of experts who are now capable of performing these procedures and surgeons from all across globe continue to benefit from our training programmes.

Keyhole surgery: Further studies are underway
Right now, there are several surgical associations across the world. Special live operative sessions and conferences are arranged for – the members of these associations – who are interested in this specialty. In some cases, only a week long session is required to get an idea of this method. Sessions about this procedure also improve the knowledge of both teachers as well as students. I was a person who learned this technique with my own effort. Earlier, it needed at least one year to learn this method. But, now, it requires only weeks. What attracts doctors is the fact that laparoscopy require less time to perform.
This surgical procedure is taught through several steps and methods. Large pigs in animal labs at Yenopoya Medical College are used for training purpose. To get an opportunity to try this method on human, a surgeon has to get acquainted with this technique by observing several cases on a regular basis. International Conference is organised every year to discuss the latest developments of this specialty, and to promote this method. The main objectives of Verwandeln Institute in Kochi are to promote Laparoscopic training and conference. The institute activity benefits learners, and helps patients to be aware of this surgical innovation. Only when patients are aware, they seek such procedures and give consent to laparoscopic surgeries. There is an outpatient section, named Keyhole clinic in Kochi to educate patients about this method. For those who need the surgical service, it is done at VPS Lakeshore hospital.

There is a general confusion about whether there is any difference between keyhole surgery and laparoscopy. Actually, laparo means abdomen and scope means watch. That means when done in the abdomen – it is laparoscopy; when done in the chest -thoracoscopy; when at the joints- arthroscopy; and when in the neck- endoscopic neck surgery. Laparoscopic method is helpful to treat cancer – especially in cases connected to intestine. It avoids bringing out intestine – stoma.

Some experience
Jehovah’s Witness belief group will not accept blood transfusion. Once such a patient, with an intestine bleeding condition, consulted me. For him, his belief was much higher than his life. To save him and his belief, for the first time in the modern medical history, surgery was performed on him with just 2 gmHb; without the support of any blood administration. He was given oxygen assistance for at least four weeks. An injection to improve haemoglobin level –was administered. He successfully recovered from his disease. That story was featured in several global journals.
For a doctor, what is important is the health and satisfaction of his patients. He should be willing to go to any extend to help his patients. Had I not taken that risk, the aforesaid patient would not have survived his disease condition.
Likewise, a surgery performed on a cancer patient who was turned away by almost all major hospitals across India is also noteworthy. She was struggling with the pain caused by the disease condition. The tumour that had developed in her pelvis had spread to almost all nearby organs. Through surgery, the size of the tumour was reduced to around 1/20. It is very satisfying to see her moving around happily.
A surgery done on a woman who suffered a stab injury from a guest worker is similar to those mentioned above. She was bleeding to death. In that case also, the patient was successfully saved by an emergency chest surgery within minutes of her arrival to hospital. 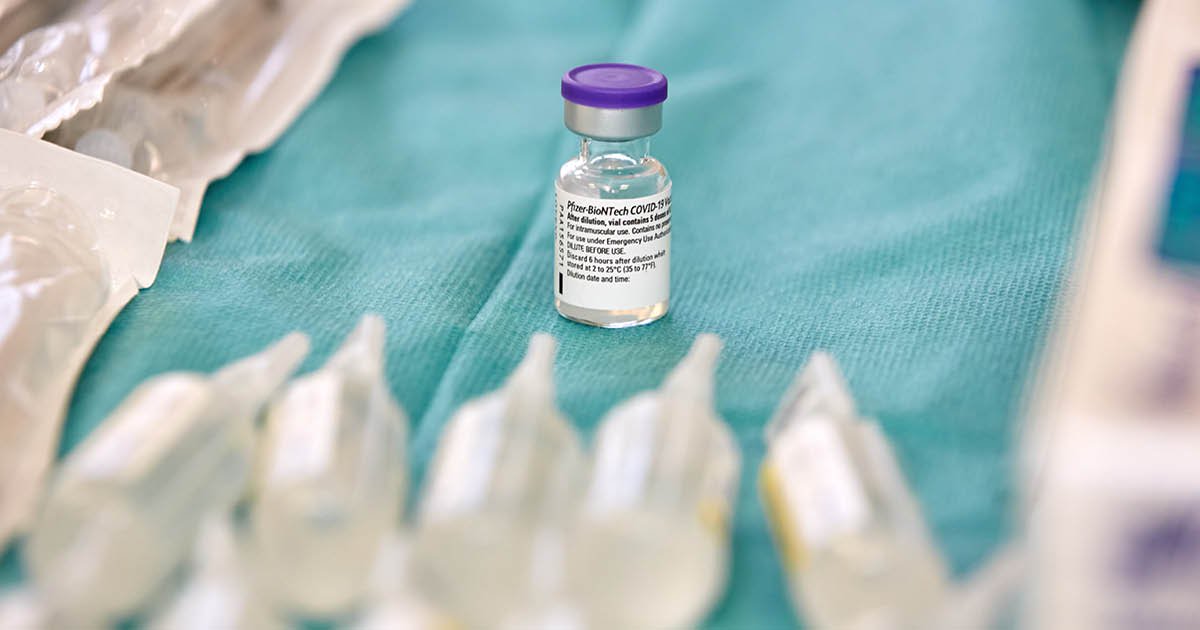 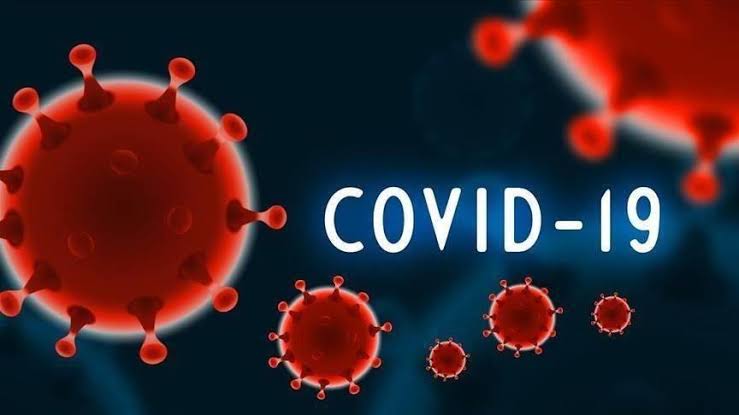 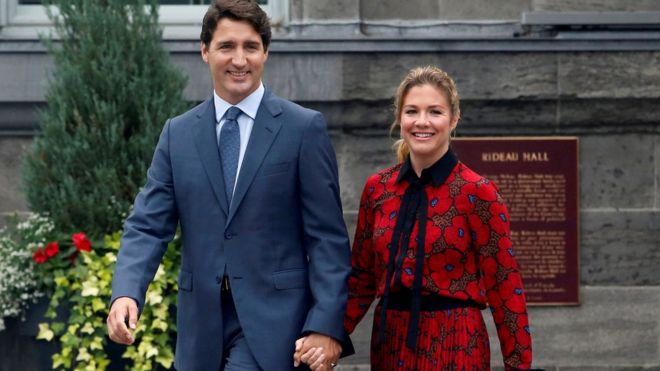