Sea- A poem on suicide myth 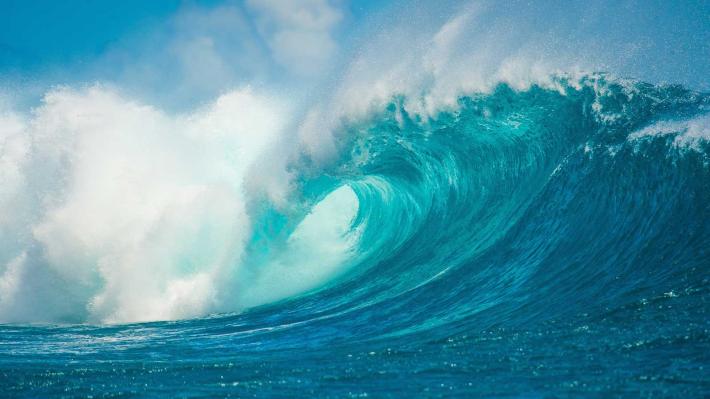 the sky and water melt into unison

the blue sky high and the sparkling blue beneath

soft water, silk to my toes, thick golden land beneath,

Water, the water wet my feet, smooth batter beneath,

Sky turns shades deeper, sinking to the shades below

the waves upon my feet soft no more,

wash silt up to my ankle,

beneath melting under my feet.

The winds, the voice of a stranger,

with waves gone is the ground.

My feet seek the thick golden, but it melts into oblivion

the water, the same, no more

shaken, I turn around to run

waves hunt me down

ocean waves push me to the ground.

My feet feel muddy water beneath,

the deep ocean, I struggle to swim

my lips freezing, call out, but, muffled with salty murky water

I gasp for air, but in vain

behind me dear ones merry, soft water, blue sky, sea gulls and kites

before me, ocean has long unleashed the storm

struggle to be back ashore.

Winds howling, the circle is closing in

through the struggle, I hear from past

“we’re strong folks, we swim our way through,

only fools can’t swim, only the weak will drown”

I know I fought, only I know, it was a storm

About the poem “Sea”

The poem “Sea” is a fictional account that attempts to depict the struggles of a person who is experiencing mental health issues and suicidal thoughts. The experience may vary. Not all suicides are reported to have underlying mental health issues and not all those who suffer from mental health conditions die by suicide. Mental health condition is not specified in this poem, however ’fifty to ninety percent of those who completed suicide did so during a depressive episode’. ‘Ninety percent of people who either attempted or completed suicide had some psychiatric disorder at the time, although only about half are diagnosed prior to suicide’ (Butcher et al). The harrowing experience has been compared to drowning in the ocean. Stigma and few myths about suicide have been portrayed.

Friends and family could also play a vital role in suicide PREVENTION. Please LISTEN to your dear ones, allow them to express their emotions and concerns, encourage them to seek professional aid.

The main elements are – sea/ocean/water and sand/beneath/ground. Sea is depicting – mental health of the person and perception of life. Sky and seashore – depicts more of what happens around him. Ground – resources for coping, health, and capacity to withstand or survive the turmoil (does not intend the person is weak or failing). There is much overlap in what these elements depict. (combination of these aspects)

[further…merry]. The individual’s life is initially portrayed as being happy, having vitality, person is healthy now. Contrary to the misconception that only a person deprived in all spheres of life would be at risk. {The sea is described as seeming benign and ground as thick.}

[water, the water…shades below] – person does not realise at this point but does feel that something is amiss and different from how it used to be.

[the waves…under my feet] [winds voice…brown mud] gradual deterioration of one’s mental health. Resources are fast depleting, {winds sound like stranger as the person is now experiencing something unknown and eerie; the water has more force, sand is less thick}

[hold on…push me] person is in turmoil, trying to cope with the difficulties. The person does try to seek some help, unfortunately it is too late (doesn’t imply that seeking help at a later stage is futile, but ‘earlier the better’ adage applies)

[muddy water…vain] the person is suffering and struggling. Mental health issues and other stressors compounded cause much agony and despair. [muffled-] The condition (eg. depression) in-itself makes it more and more difficult to get help.

[eyes…storm] to the outside world, everything may seem perfect (kites, merry) but some people may be truly suffering and struggling through a “storm” with regard to mental health. Their struggle and turmoil are often discounted, they are unjustly accused of being ‘ungrateful’ and ‘selfish’.

[back ashore…darker] further suffering and struggle. [I hear from past…] this is about the stigma and insensitive attitude in society, those who die by suicide are thought of as weak/ foolish”. The word ‘struggle’ has been repeated to emphasise that, the person does struggle a lot and try their best and are not weak. “society” would see life only from their naïve perspective and not that of the suffering person. (not that suicide should be glorified, but such an insensitive environment would deter people from seeking help and also add to their suffering. (This is also true for stigma on mental health in general).

Help protect rather than condemn.

Truth: Talking about suicide would reduce the stigma and encourage people to seek treatment.

Myth: “They are saying this to get attention, they will not act on it.”

Truth: Do not disregard the possibility of suicide.

Myth: A person will not make another suicide attempt if they survived it once.

Truth: another attempt may be made.

Myth: Suicide is an act of selfishness.

truth: Many people who attempt suicide feel like they are a burden, family and friends will be better off without them. It is difficult for them to imagine that the things will get better.

Myths: There is nothing that you can do to help a person who is suicidal.

Truth: Listening and offering emotional support is helpful. Professional help may be required. If your dear ones feel suicidal do not keep it a secret, get help for them.

Truth: Any severe life stressors could be precursors to experiencing suicidal ideation, though former may increase risk.

1. be a good listener and encourage the person to share their feelings and concerns

2. acknowledge the suffering of the person

3. do not discount their feelings

4. do not be afraid to ask about their suicidal feelings

5. encourage them to seek the service of mental health professional

6. try to reduce the amount of time they are left alone and reduce access to lethal means.

If you are suffering, please acknowledge your own suffering. Suicide hotlines are available.                      Keep an account of those who can be contacted for help. Reach out for help. Seek professional aid.