US launches military attack against Iran proxies in Iraq 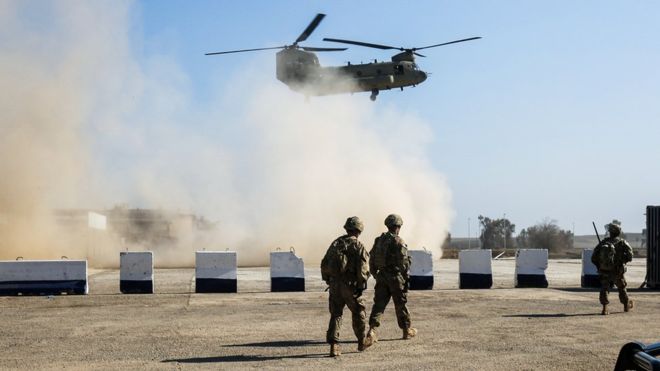 The United States has launched a military attack against a military group backed by Iran in the embattled country of Iraq.

Earlier, at least two US soldiers were killed in Iraq as the group allegedly fired rockets against some military installations situated in the war-affected country.

The US is at present not in a good relation with Iran. The death of an Iranian general in a US action worsened the situation.

Iran has not yet responded to the provocation made by the US. Though against whom the action has been initiated by the US is just a military proxy of Iran, the West Asian power is very sincere to its proxies.

The development indicates that the things are not safe in the Middle East – especially in Iran, Iraq and Syria.

It is yet to know how Iran will react to the provocation made by the United States against its proxies.