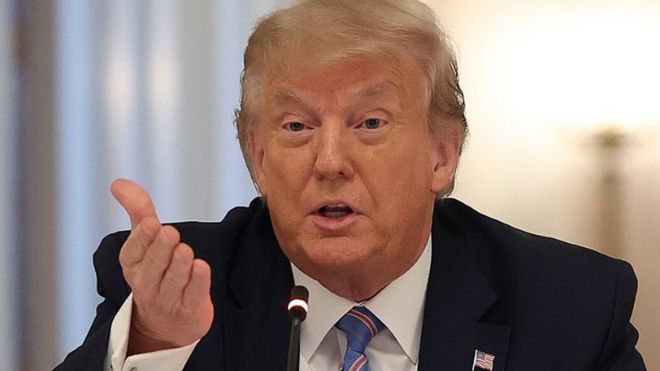 The top court of the United States of America is to decide whether President Donald Trump’s tax returns and other financial records can be examined by Congress.

The case is important in nature as the country is going to witness a Presidential Election in the near future itself.

Unlike his predecessors, Mr. Trump has not yet shown any interest to share documents concerning his tax returns.

His lawyers defend his position on the ground that he, as the President of the United States of America, enjoys total immunity while in office.

Definitely, the ruling will test the claim that the President of the US enjoys immunity. And, it can explain how far US lawmakers can scrutinize the president.

Mr. Trump is not the first President to have shown unwillingness to publicise his tax returns. Earlier, in 1970s, Richard Nixon adopted similar position.

Anyway, even a ruling in Congress’s favour would not necessarily make Mr Trump’s tax returns public before his bid for re-election in November.

Meanwhile, while speaking about the case, the President has called the attempt to force him to publicise his tax returns as a witch hunt.

It is yet to be seen how the Supreme Court of the US will handle this crucial case – which has several serious implications over the future of the democratic structure of the country.