Republicans face criticism for use of Anthony Fauci’s clip 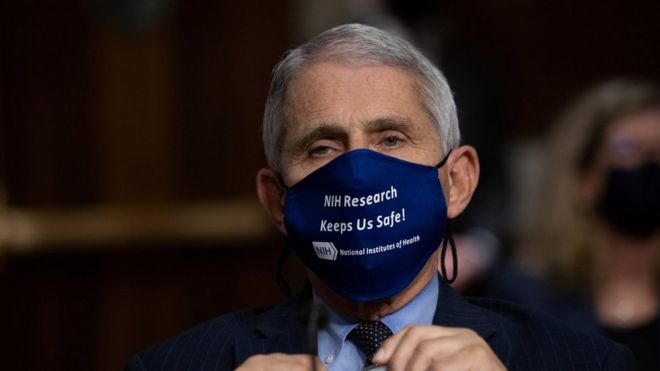 The Republican camp has faced a serious criticism for the way the camp has used a video clip in which top US government scientist Anthony Fauci is seen apricating the measures taken to fight the Covid-19 outbreak by the US government.

The clip has been presented as if Mr. Fauci has endorsed the US President for the effort he has put to address the crisis.

While speaking to the media personals. Mr. Fauci has said the clip used for the campaign purpose by the Republican camp has been misleading.

In the clip, Dr. Fauci is heard saying he can’t imagine that anybody could be doing more to fight Covid-19.

His argument against the clip is that the statement has been taken out of context to project in the way he has endorsed the effort of the administration led by Donald Trump.

Dr. Fauci has dismissed the said endorsement story, saying that he was talking about himself and other officials.

He has asserted that he has not yet publically endorsed any political organisation or any candidate who is expected to participate in the US Presidential election late this year.

The controversy has emerged shorty after Mr. Trump returned to the campaign trail just two days after his doctors had given him the all-clear to resume public events.