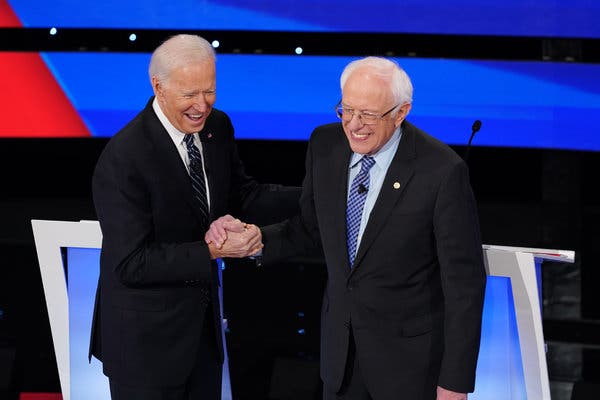 In a bid to make sure Donald Trump does not get a second chance to rule the North American country of the United States of America, Bernie Sanders has extended his support for the bid of Joe Biden to become the candidate of Democrats for the upcoming Presidential election – which is expected to take place in few months.

The statement of Sanders has come shortly after former US President Barak Obama extended his support to the Democrat frontrunner.

Mr. Biden has thanked Mr. Sanders, who had been the powerful contestant for the fight to become the candidate of Democrats for the upcoming US Presidential election until recently.

In his statement, there is a clear indication that Mr. Sanders will be considered for an important government post if Mr. Biden emerges victorious in the election.

Only few days have passed since Mr. Sanders announced his decision to drop out from the competition for the candidature of Democrats.

Now, the victory of Mr. Biden as the candidate of Democrats for the election is almost clear. Unlike Mr. Sanders, Mr. Biden enjoys the support of the elites of Democrats.

It is yet to be seen whether Mr. Biden can prevent the triumph of Mr. Trump.