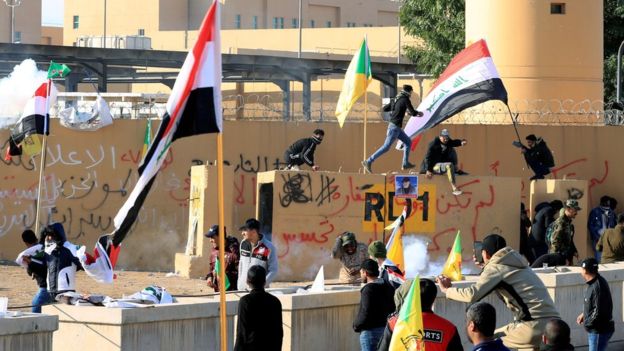 The United States has threatened Iran while expressing its deep disappointment over the attack on the US embassy in Iraq.

The US embassy in Baghdad was attacked by a group of protesters to express their disappointment over the attack of the US force against the Iran-led militia operate in Iraq.

The US is of the belief that the attack was orchestrated by Iran.

Iran has denied any involvement in the attack. Meanwhile, It has expressed its dissatisfaction against the US threat provocatively by saying that the US could make no harm to the country.

Iran has also reminded the US about the growing sentiment across the world due to its sanction policy.

The US recently imposed severe sanctions against Iran on the ground that it supported some organisations considered as terrorists by the White House, like it cornered Venezuela and many other countries who has a different view than that of Washington.