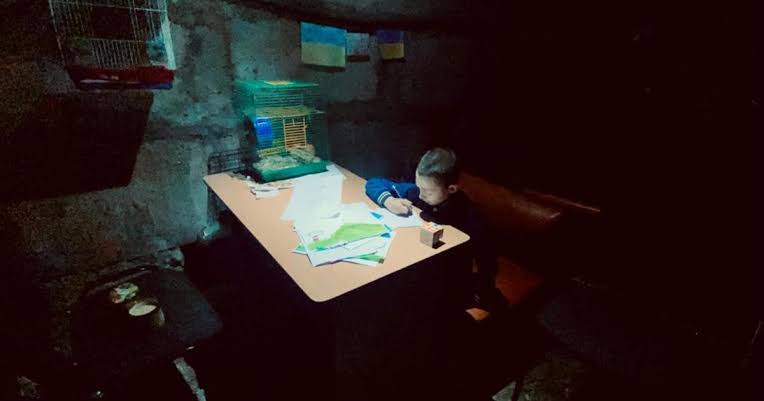 We descended a flight of stairs into a dark, dingy basement from the brilliant sunlight. When Russia began bombarding their village with artillery, it was filled with beds and whatever personal possessions the inhabitants who escaped to the structure could collect.

Kutuzivka is approximately 15 kilometres from the Russian border, exactly in the path of Russian tanks advancing to Kharkiv – and then retreating. Many residents of the village evacuated before or during Russia’s occupation, or departed when the Russians abandoned the town.

The bombardment hasn’t stopped since the Russian military left, so civilians are still hiding in the basement we visited. There used to be around 100 individuals there, with about 40 children, but we only found one youngster.